Announcing our April Mega-Event: All We Become 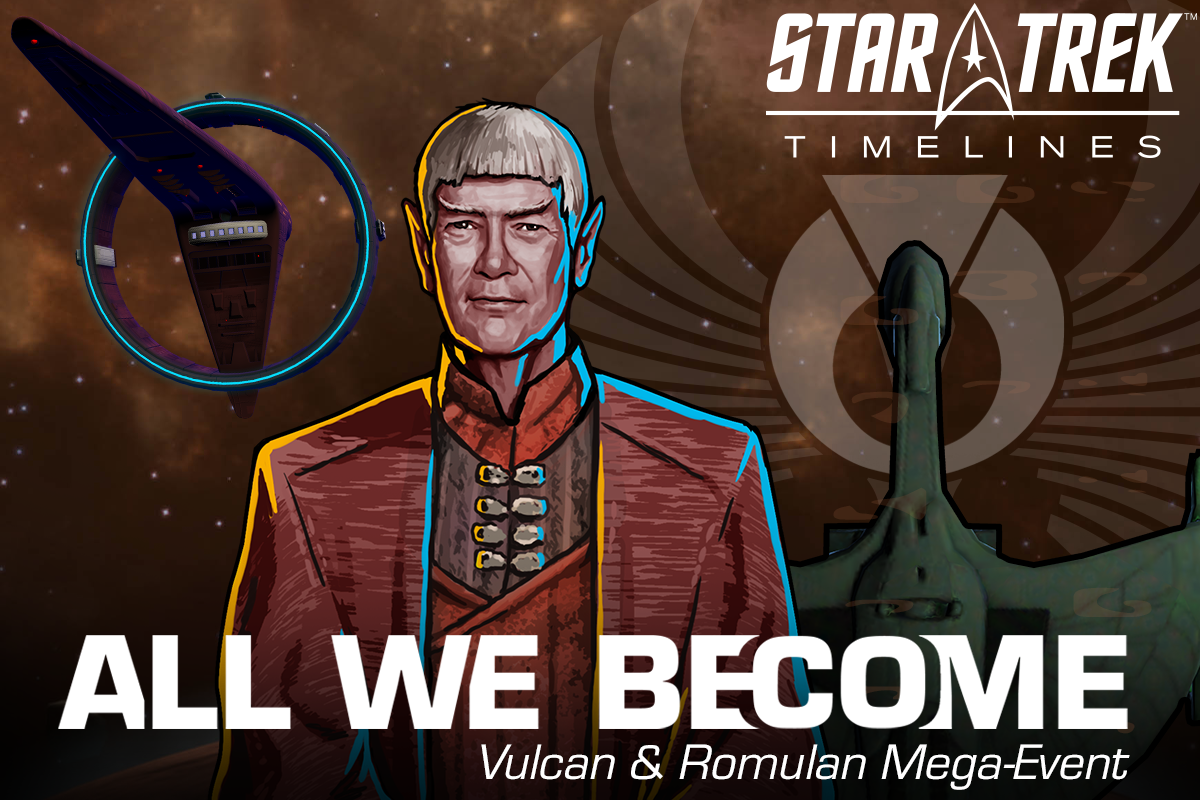 Ever since the temporal anomaly crisis began bringing people out of history and into the present day, many Vulcans have awaited the return of Surak, father of Vulcan civilization as the Federation knows it.

Upon appearing from a temporal anomaly, Surak is disturbed to find how extreme the reaction has been to his teachings, both from the Vulcan and the Romulan peoples. He is resolved to undo the damage he has done by creating a new book of teachings--and reuniting the Vulcan and Romulan people!

Join the movement in our upcoming Vulcan and Romulan-themed Mega-Event, "All We Become"!
Over the course of four events, Captains will work to bridge the divide between cultures, defend against anti-Reunification efforts, and meet new crew members including Kohlinahr Spock, Amanda Grayson, and the legendary Surak!

The father of Vulcan logic will be a recurring character available to earn during each of the four events in month-long Mega-Event. Each week in April, Captains can have a higher chance of success in events by using Vulcan and Romulan crew, all of whom will receive event bonuses.

Check out the schedule of events featured in the “All We Become” Mega-Event:


The first Vulcan ship is also coming to the game – The Suurok!