Ditto ✭✭✭
April 2018 in Make It So!
Ok, so I raised this issue back in the old forums, time to re-raise it here, since nothing done yet.

So we start a mission (this happens be cadet, but it doesn't matter, this isn't specific to cadet missions), and we get this first screen, showing all the traits used .. 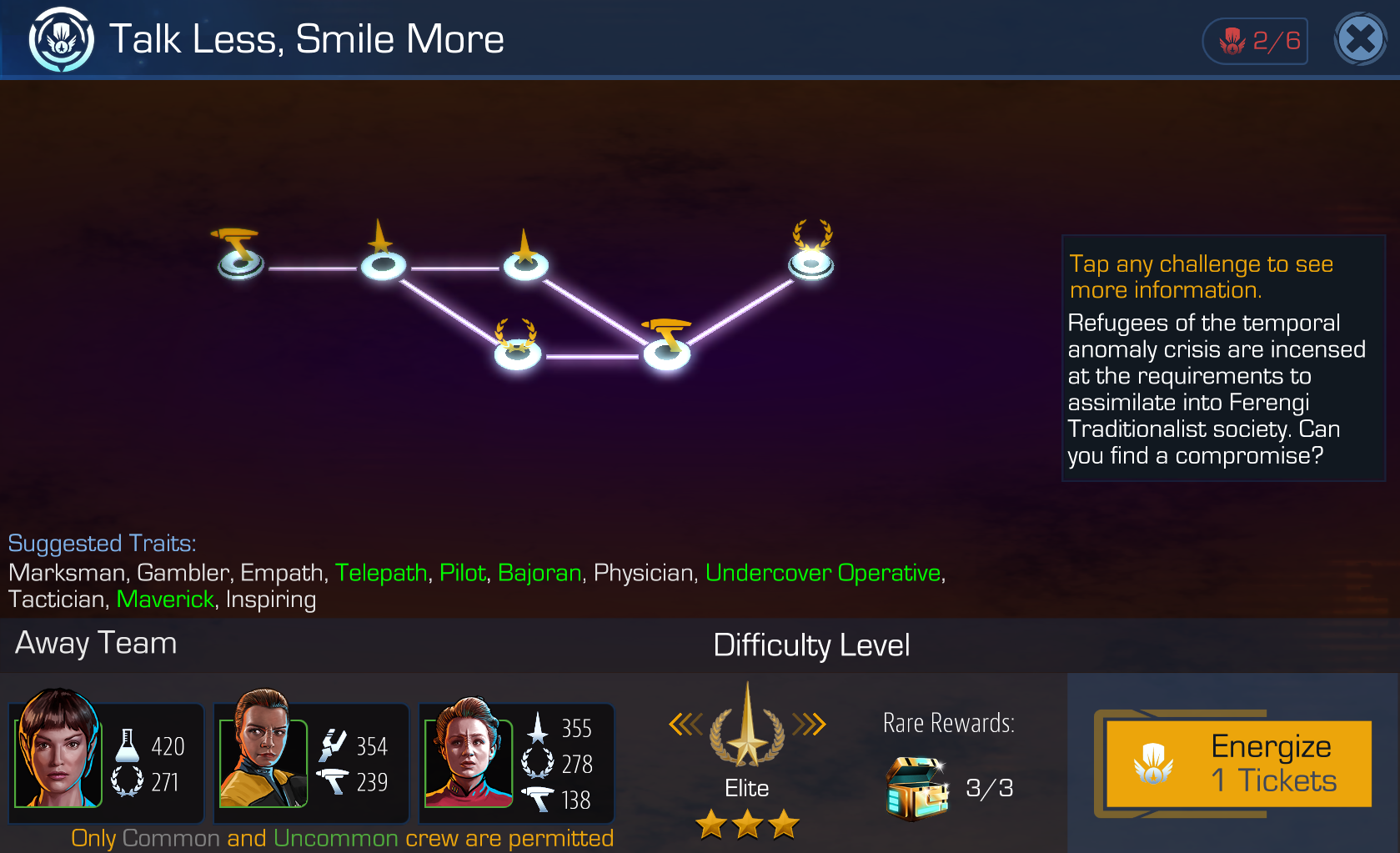 And yes, I know you can click on a given node, to see: for example:

Now, as we go through the mission ... with my lousy memory, by the time I get to these nodes, I usually forget which trait is where, and who has which trait .. O.o

Since the game already has that information handy, why not just display it ?? (and highlight the trait(s) that the selected crew actually has ?)
like so ... 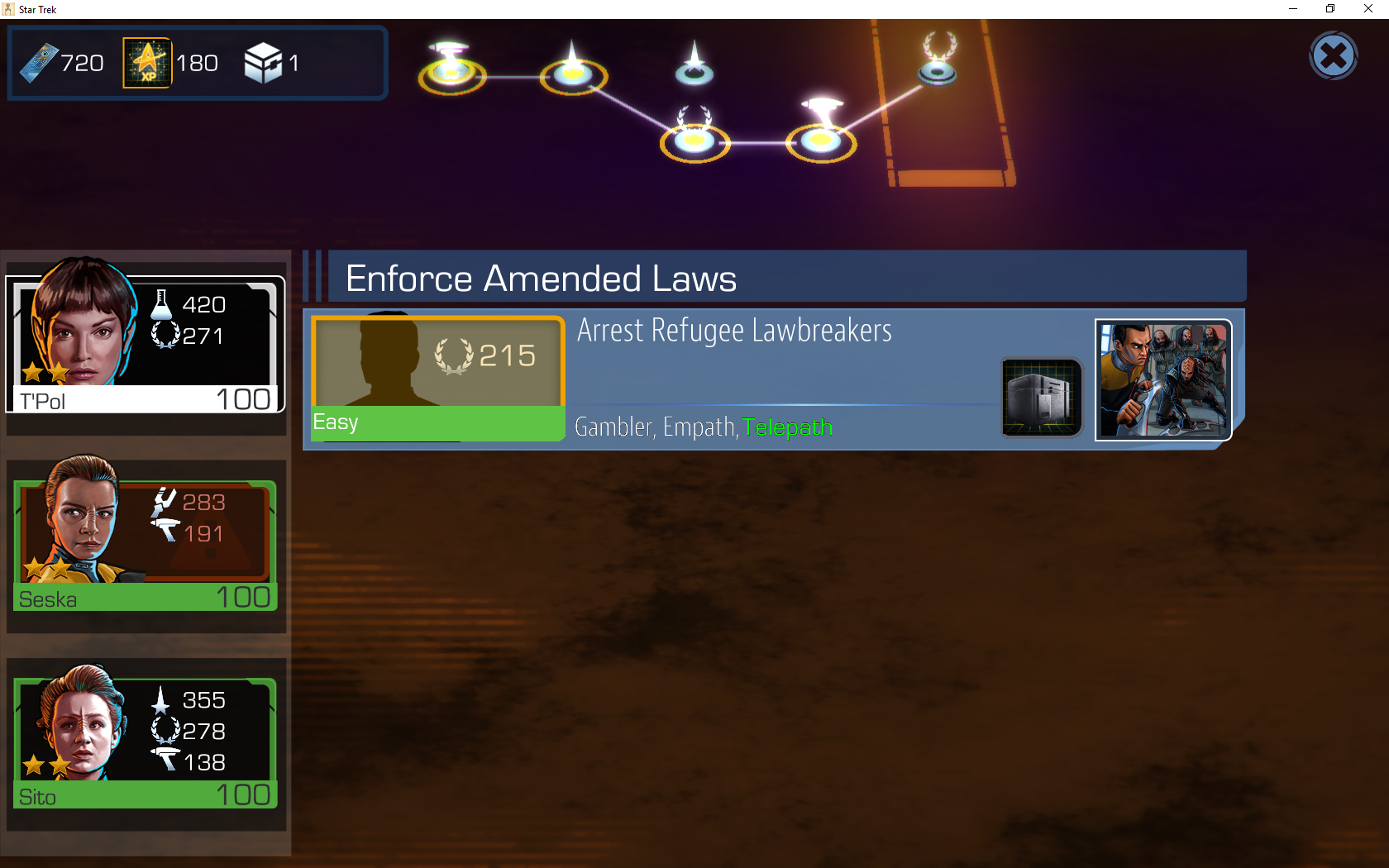 as a developer msyelf, I know this would be an easy change:
- the information is already at hand ..
- there is already space for the text, no need to "find" it, or shuffle anything around.