This Game is Just Depressing 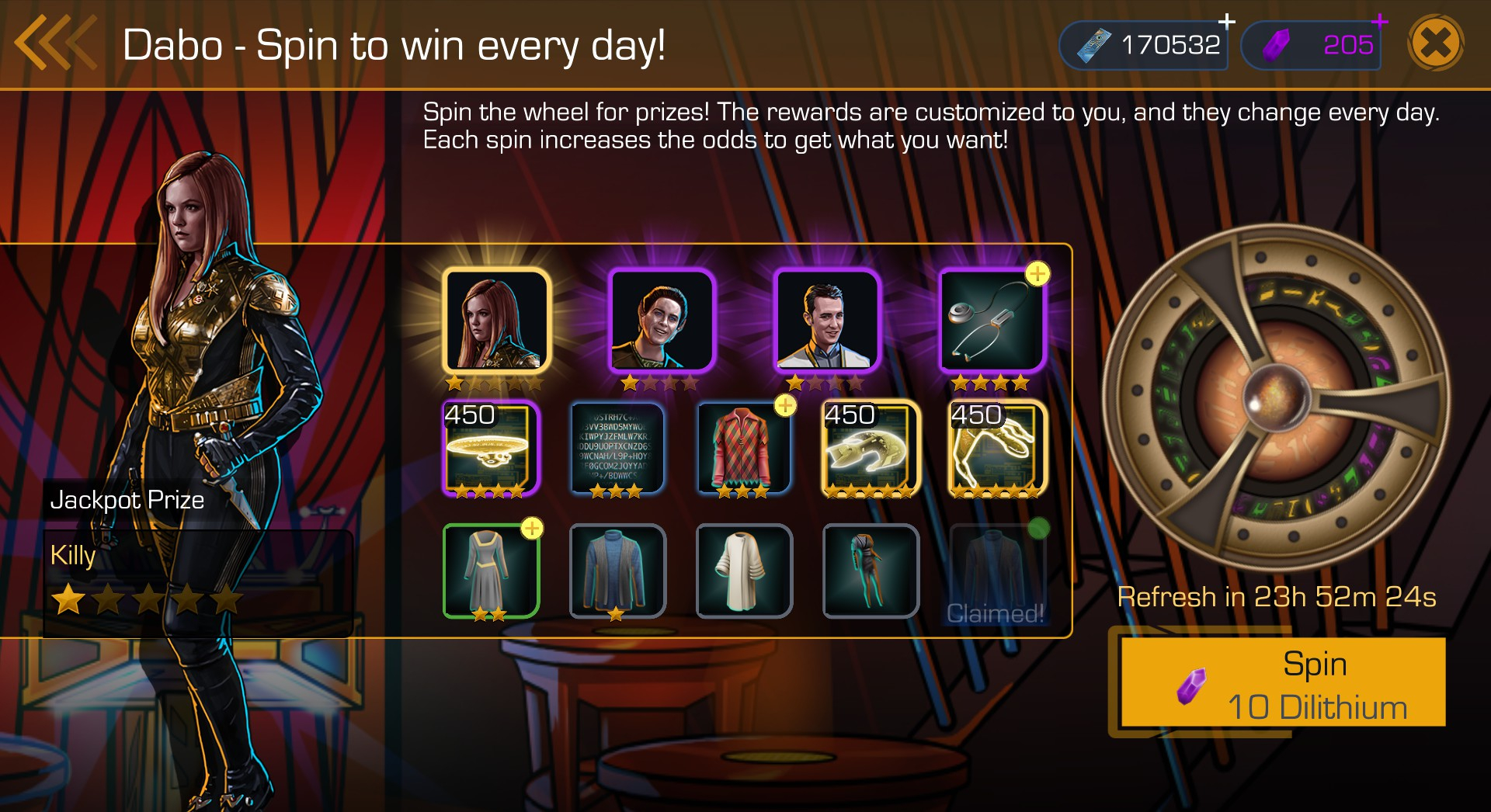 I have no luck with pack and wheel. The first draw the lowest prize and they have to add a wesley too. The other players got another legendary with lily, such as dax, data, t'pol. I got no unique voyage crew and gauntlet crew.