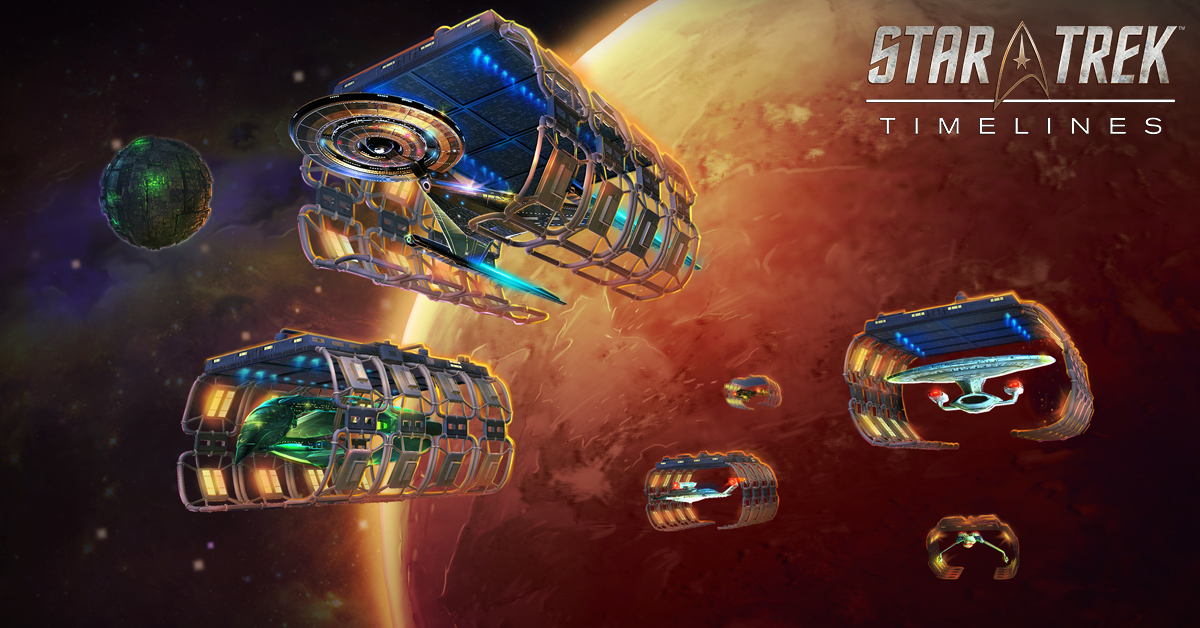 Watch the overview video below and read the full blog post for more details:

During a Skirmish event, Captains will be able to spend a new currency called Intel to compete in ship battles against different enemy vessels. The more battles you win in a Skirmish, the more Victory Points (VP) you’ll earn for the event. From battle to battle in a Skirmish, your ship’s shields will replenish, but your hull's damage will carry over. However, at the end of each successful battle, you will have the option to repair your ship’s hull or receive currency rewards such as Chronitons, Credits, Honor, Intel or Victory Points (more rewards can be gained by rolling again with Dilithium). If you can survive five battles in a row, you will receive the maximum amount of VP possible from a single Skirmish. Like other events, Skirmish events will have two phases. When phase 1 ends and phase 2 begins Intel costs will be reset. As we monitor performance during our first few Skirmish events, the amount of battles available per Skirmish and per phase may be adjusted.

Similar to Expedition events, you will need a special currency to participate. For Skirmish events, this currency is called Intel. Intel will accrue over the course of the event, but you can also gain Intel by completing PvE ship battles in Episode and Distress Call missions once the event begins. The Chroniton cost of those missions will reward you with 10 times that amount of Intel (Intel rewards are not affected by active supply kits). Note that Intel does not rollover to future Skirmish events, so there’s no point in saving up for the future.