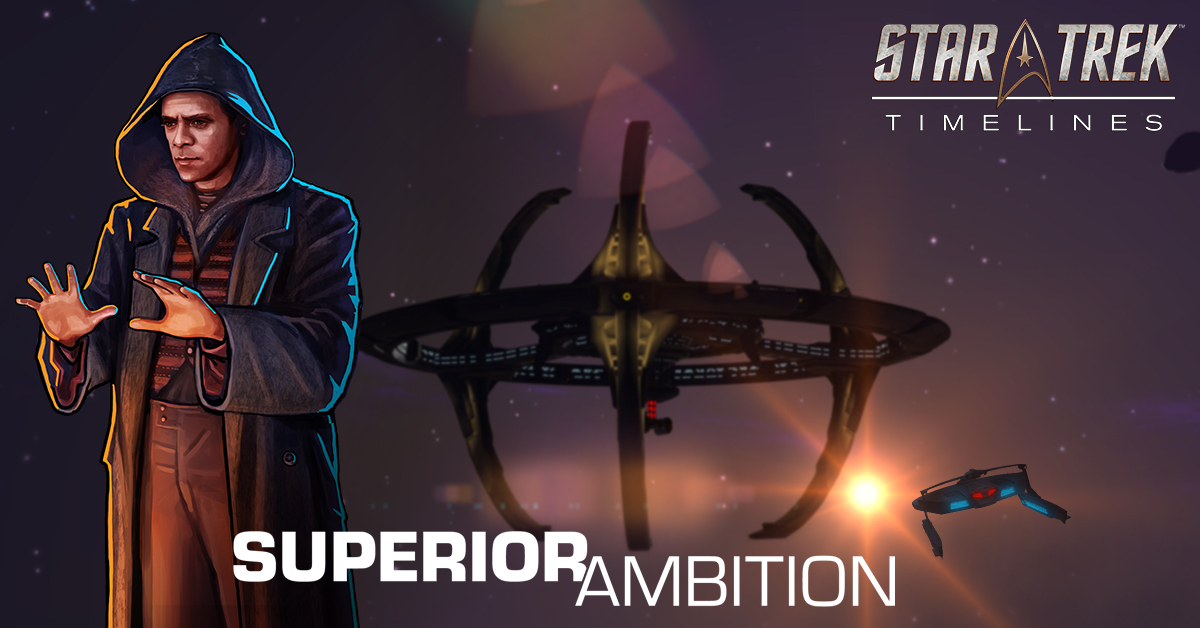 Impatient with Khan’s slow progress in taking over the Alpha Quadrant, a rogue group of Augments are defying their leader and making a savage attack on the Federation, specifically targeting Deep Space Nine! As Julian Bashir works to infiltrate the Augment splinter group – led by Roga Danar, an Angosian genetically engineered for war – and Captain Benjamin Sisko fights to defend the station, can you survive the oncoming Augment fleet?

With so many factions in such a small corner of the galaxy, one spark is all that’s needed to start another Eugenics War. Starfleet needs you on the scene for next Mega-Event, "Superior Ambition"!

Meet new crew members including Roga Danar and Enemy Lines Sisko while you take charge of the Augment situation in the Alpha Quadrant. Undercover and monitoring the unfolding Augment uprising, Bell Riots Bashir will be a recurring character available to earn during each of the four events in month-long Mega-Event. Each week during the Mega-Event, players can have a higher chance of success in events by using Augment and featured event crew, all of whom will receive event bonuses.

Check out the schedule of events featured in the “Superior Ambition” Mega-Event:

You might need a little more fire power to deal with the Augment fleet. Starfleet is requisitioning the U.S.S. Reliant and other Miranda-Class starships, available beginning on May 30th.

Thank you for playing!