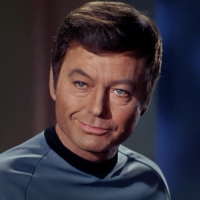 [TFA] Cubby ✭✭
October 2018 in Engineering Room
I've been struggling with the ad warps for more than a year--an ad will play all the way through, but rather than getting the final ad screen which I can X out of to claim the free mission, I get a white screen of death, which requires me to force-close the game and restart. The second try usually works.

When I ticketed about this problem a year ago, I was told that it was a known issue and that future updates to the game would address it. They did for awhile, but then it started up again.

This week, it's been worse than ever. Eight ad warps in a row all failed as described above. Consulting with my fleet, I deleted and reinstalled the app, and that seemed to return it to the usual occasional-fail-only status. I submitted a ticket about it, and was asked by the cs rep which ads were failing--which is beside the point, it was all of them.

This morning, the repeated ad warp failure happened again, and deleting/reinstalling didn't fix the problem. I responded to the ticket with that info to see if they can do anything.

This is on top of a help ticket I've had open for two months about an un-claimable shuttle--one of my shuttles has been stuck, and when I try to claim it, I get a message saying something about how it's in the "wrong state for recovery." CS was able to duplicate my stuck crew and I still have a fourth shuttle to use. But repeated follow-ups with CS only result in them saying that there's "no update or fix yet." For two months.