Nonbelievers and other religions don't you dismay! 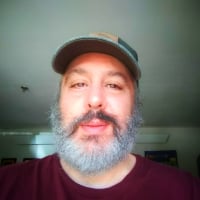 Future Turen Counterpoint ✭✭
December 2018 in The Holodeck
I'm so glad it appears Religion of the World made it in the game..Nonbelievers and other Religions Don't You Dismay!

Gene Roddenberry apparently thought that religions of the world would go away by the time "Star Trek" takes place (thousands of years from now.) I believe the correct or true narratives of all major religions overlap, so there is room for all of them. Furthermore, people have a right not to believe in God or not profess it outwardly. Those that wonder about religion, Agonistics, well, doesn't that also make sense that some of us don't know for sure everything about religion? But, let us get religion right, not heresay, nor the true religion turned on its side. In the U.S., we believe in not discriminating - and I hope this is still true - against others for their creed or religion. I truly believe there is room for them all: major religions. Whatever you believe, or don't, let us be kind, work well together, or at very least coexist. Let us not bicker over religion. It should be about Goodness, Light, and Peace, and such, if anything at all. Religion can be unfortunately a highly charged issue at times; let us not go down that road and except people as equals, regardless of race (be it alien,) creed, or color. If you celebrate anything at anytime, the best to you then!

A Merry Xindi Holiday, Whenever That May Be!