Cards Most in Need of a Re-draw?

I'm a Doctor, Not a... ✭✭✭
April 2019 edited April 2019 in The Bridge
There's so much fantastic art in this game: literally hundreds of quality portraits, and quite a few that got characters exactly, AWESOMELY right. (Enemy Lines Sisko, anyone?) The art is probably my single favorite thing about this game.

But I've been scrolling through my cryovault on this rainy afternoon, coming back across a few that weren't quiet so... successful, and got to wondering: Which of those iffy cards are most in need of a do-over?

1. There's a whole category of Weird Bashirs to pick from. Zoolander Bashir comes to mind. Alternate Future Bashir is weird, but at least mostly justified by the odd age makeup in the episode.
And then there's this, which is not justified by anything in the DS9 premeire:

Somebody was having an off day, drawing CMO Bashir. Even if it looked like the character, I still wouldn't know what's going on with that right arm.

On the other hand, why bother re-drawing a one star card with zero uses apart from collections?

So here's my real first candidate:

I'd genuinely love to see a re-draw for Darth Bashir. I do love the card anyway, (mainly because "Past Tense" was so outstanding, and partly because the nickname cracks me up), but the portraiture is definitely off. It wouldn't take much to fix this card: just touching up the face a little could make it a genuinely awesome nod to one of Trek's all-time best episodes.

[Side note: Is Alexander Siddig just really hard to draw?! We're about 50/50 on his cards so far. Here's hoping Captive Bashir will be another of the good ones!]


2. Maybe Roxann Dawson's hard to draw too? Nearly all the Torres cards look at least a little strange to me, except maybe Maquis Takeover and Human Torres. Not awful or anything, but strange.
This is the one that drives me nuts, though:

Top half is fine, but there is something absolutely unnatural about Duelist Torres's legs! Maybe it's the shading? The way they're turned? I don't even know, but they look like they belong to someone else. This card weirds me out.


And my last candidate:

3. Glam Rock Jadzia Dax.
It's mostly the lighting... and that slightly disturbing left foot. But she looks less like a warrior avenging her godson's murder, and more like a confused David Bowie impersonator: 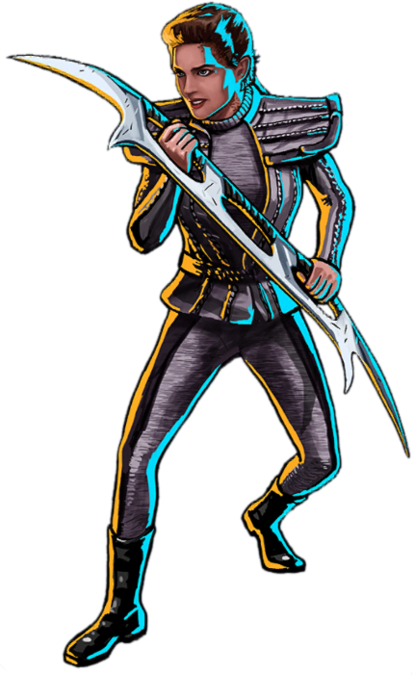 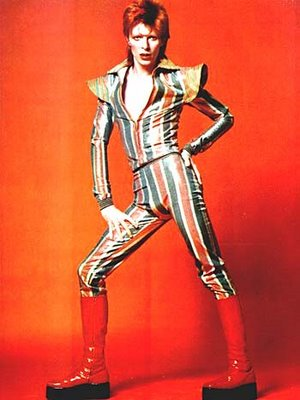 Anyone else have 'pet peeve cards' you'd love to see revisited?

If DB could be convinced to re-visit a few of the duds, which ones would you put at the top of the list?