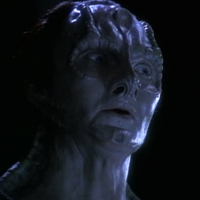 Empok Nor ✭✭
September 2019 in Make It So!
I would be really awesome to have some new collections. Maybe one for all those Q that came out lately.