Star Trek 4 is back in production (hopes). 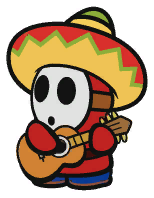 Coelji84 (Retired) ✭✭✭
November 2019 in Strange New Worlds
I think this can be a good thing, Hemsworth (as of now) is not being casted and they have pulled Pine back into the role as Kirk. I beleive the director has been named as S.J. Clarkson (i may be wrong), who has some experience in the scifi genre. My hopes are that they end off the Kelvinverse and loop it back into the main one (so we can get the Tarantino movie in the prime canon), with Quinto Spock traveling into the Prime timeline to prevent the offshoot timeline, but not preventing the destruction of Romulus, and aging some so he can take on the role of Ambassador Spock.
0