Should This Become a Long Voyage?

Travis S McClain ✭✭✭✭✭
March 2020 in Ready Room
Situation: I need another Dr. Leonard McCoy ("A Higher Duty") and my 8h dilemma was its part 2. I also need Champion of the People for Ensign Picard. I have not had any parts of Champion. In my previous long voyage, I had the max AM (2950), which got me 138 minutes per revival token. I only have six bonus traits this time, for 2800 AM. How much time should I get out of these tokens? What is the most tokens I would need, if Champion 3 is the very last dilemma I get? I have 27 right now. 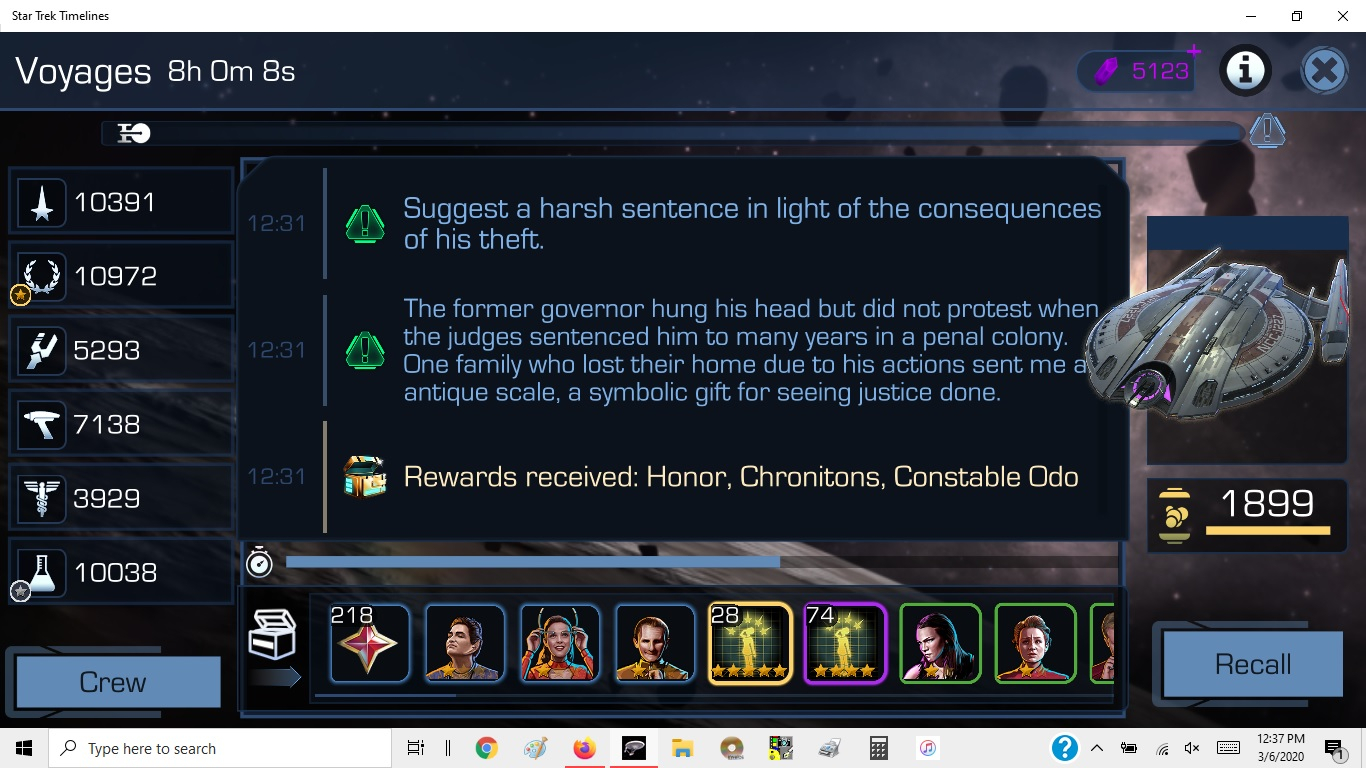