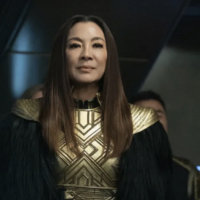 TP do better!! ~Colli~ (PoF) ✭✭✭✭✭
August 2020 edited August 2020 in Strange New Worlds
What’s everyone’s thoughts so far!?
“What's a knockout like you doing in a computer-generated gin joint like this?”