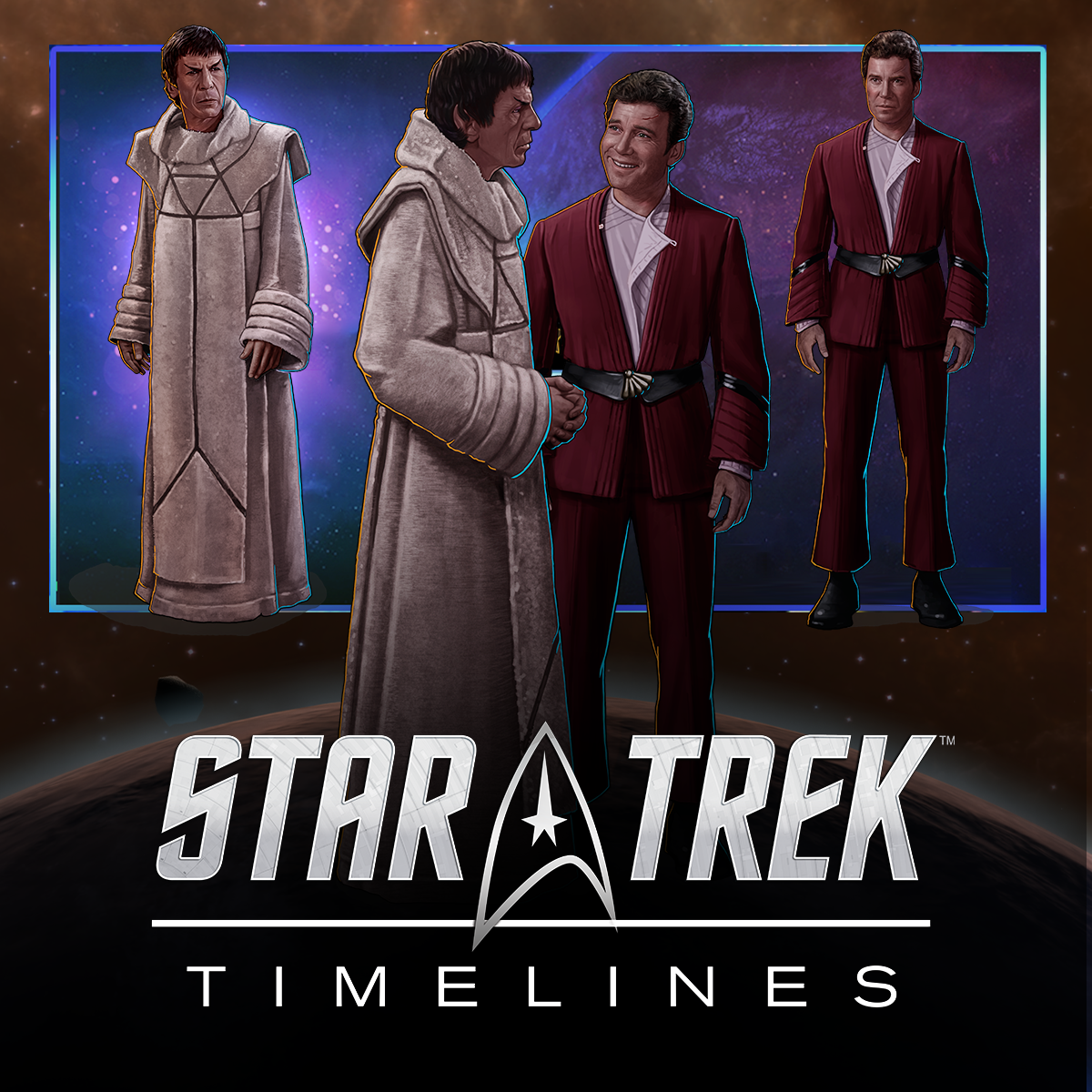 We chose “Reunion Spock and Kirk” for their depiction of an iconic Star Trek moment, one that speaks to a cherished value, seen time and time again across the franchise, friendship.

“Reunion Spock and Kirk” will be obtainable by upgrading “Anxious Kirk” with “Fal-tor-pan Spock”. For players unfamiliar with the process please know that immortalized crew cannot be used for this type of special upgrade, only non-immortalized crew will trigger the fuse option.

“Fal-tor-pan Spock” is now visible in the vault, it will be the 5* ranked reward crew for the event starting on Thursday, March 18, and ending on Monday, March 22.

On that same Monday, “Anxious Kirk” (4*), will be released as part of a theme pack, and “Reunion Spock and Kirk” will be visible in the vault.

We hope you’ll enjoy these new characters as much as we enjoyed bringing them to the game.