SoupKitchen Riker ✭✭✭✭✭
July 2021 edited July 2021 in Engineering Room
Beat this person twice in a row and my rank remained the same. Anyone else ever seen that happen? They were #269 and I remained at #751. 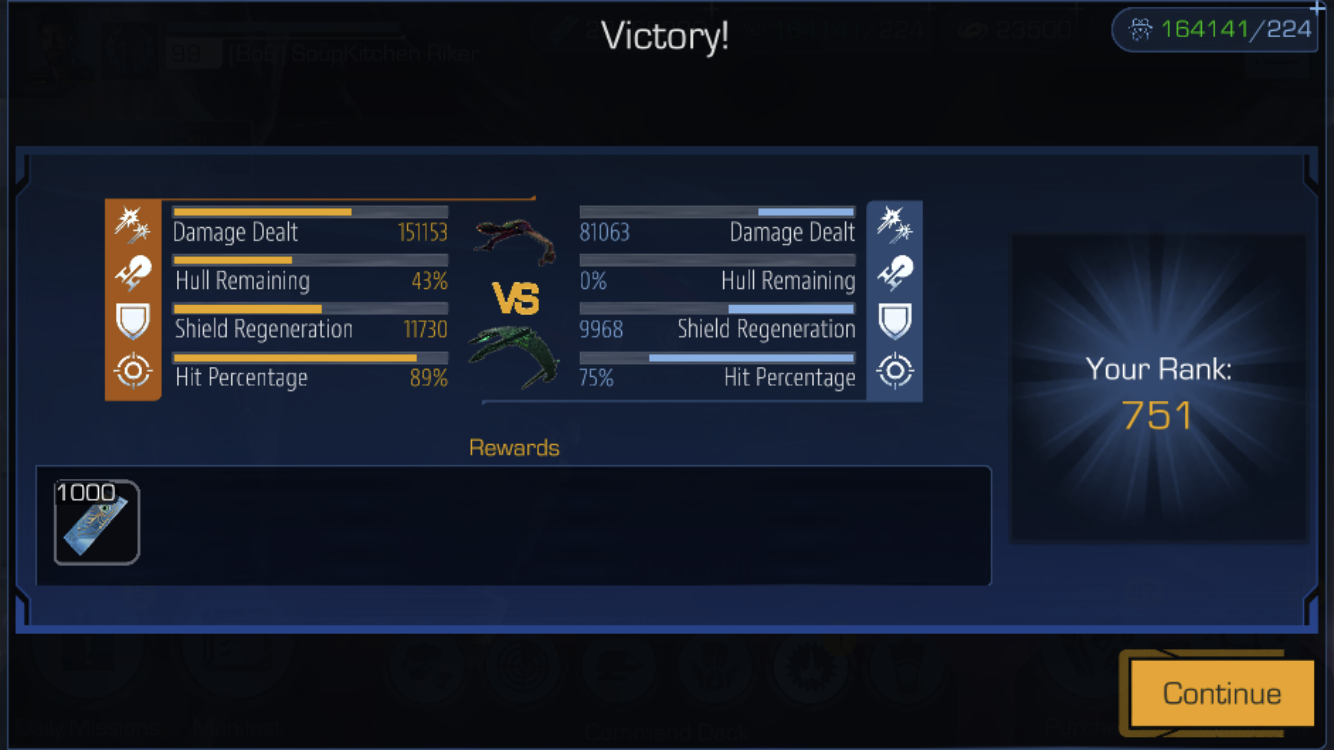 MEMBER: [BoB] Barrel of Bloodwine... We are recruiting and putting the “curv” in scurvy!