Captain Idol ✭✭✭✭✭
October 2021 edited January 17 in The Bridge
Good morning. Over the last few months we have been collecting as many of the new 12 hour voyage times as we can and it's now finally time to release the current standings! This list will be continually updated and on the spreadsheet you will find a total list, pair lists and fleet leaderboards too! 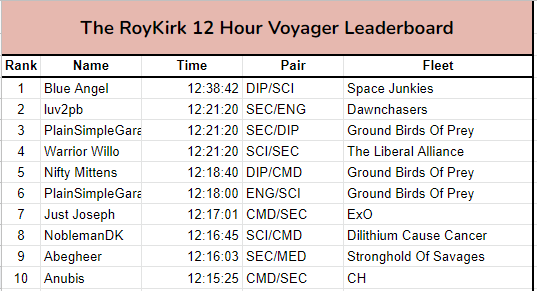