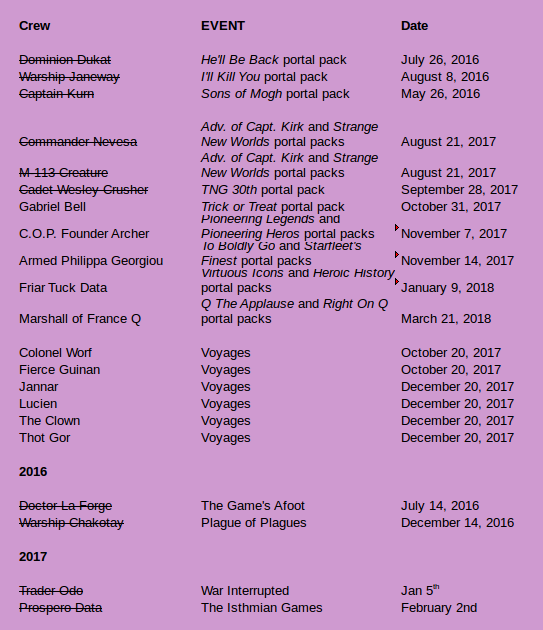 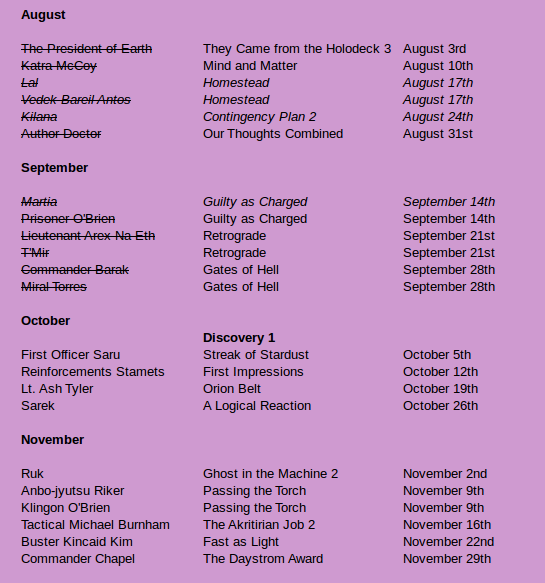 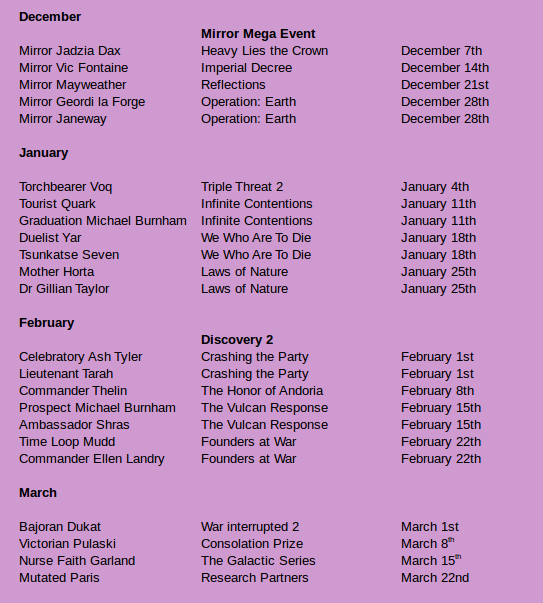 Been making a list. This, to the best of my understanding, is the list of super-rare crew not available in the portal. If anyone has a list of legendaries they would be happy to share, I'd love to see it.

Ten Forward Loungers - Give Your Best, Get Our Best!
Check out our website to find out more:
https://wiki.tenforwardloungers.com/
7
«1234»