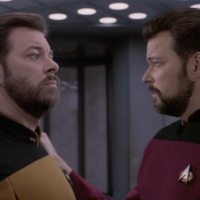 Clone ✭✭✭
February 2018 in Engineering Room
After a year of waiting, the new Cryovault sorting is in -- and useless. Let me start with "thank you for the search box", as this feature is MUCH appreciated and is the only part of this update that actually works correctly.

Bug: When I sort by a skill (e.g. by clicking the Command icon) in the vault, it shows me only my active crew at the top, while frozen and not-owned crew are at the bottom in reverse-alphabetical order. Seriously. This sort only shows exactly the same information as we have in the normal crew screen when sorting by a skill, and provides no useful information on inactive crew.

Suggested fix: This feature would be much much more useful if it mixed frozen crew in with active crew. I was hoping I could use it to see if I had anybody useful frozen, but I can't because they're not included in this sort.

As it is, these skill sorts provide no information that we didn't already have.
1