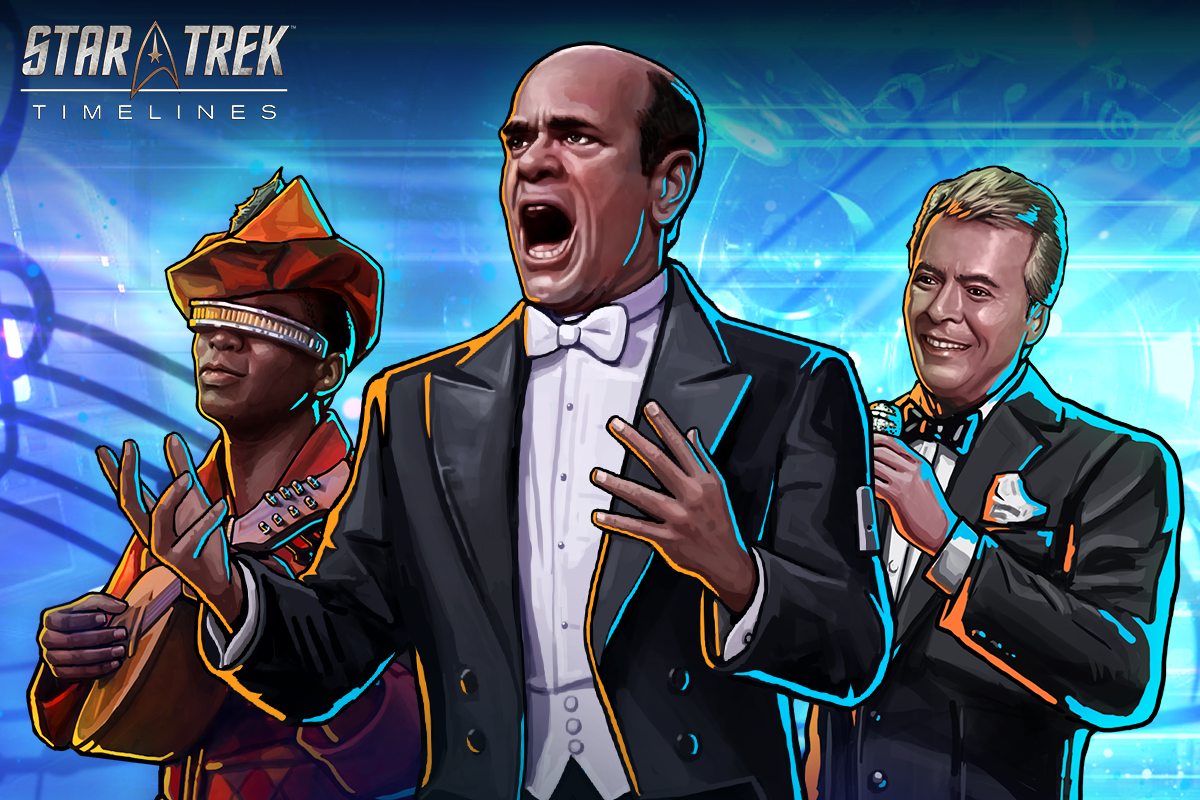 Despite the greatest minds in the Alpha Quadrant working day and night to resolve the temporal anomaly crisis, two years later, the galaxy finds itself no closer to a solution. Vic Fontaine might just be a humble holographic singer, but he’d like to suggest they start looking in a different direction: music. It transcends time and space, it shares many qualities with various branches of science, and it just might put researchers in the right mood to get that “Eureka” moment they’ve been searching for. As out there as Vic’s suggestion might seem, Voyager’s EMH believes there’s something to it. He and La Forge have devised a complex algorithm to search for patterns in music that might relate to the temporal anomaly crisis.